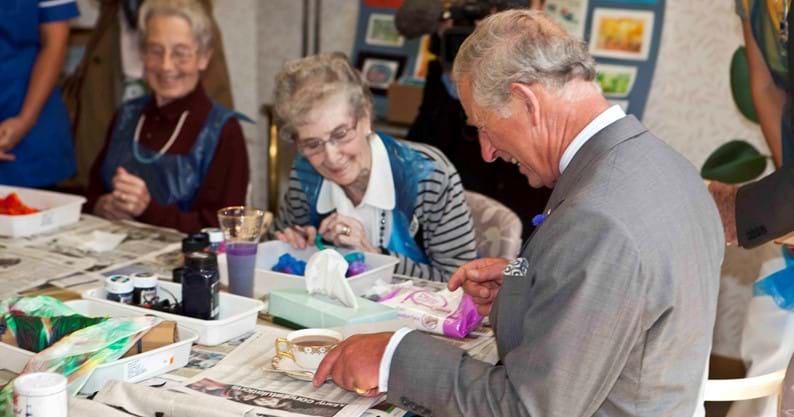 We kindly request that persons do not contact Clarence House regarding the Hospice without our prior knowledge or permission. Thank you so much for your understanding.

During February 2013 Clarence House officially confirmed that The Prince of Wales has become patron of Les Bourgs Hospice - his first patronage in Guernsey.

'We are absolutely delighted that His Royal Highness has very kindly agreed to become our patron for the next five years. This is a singular honour, which marks the next chapter in the story of Les Bourgs Hospice,' said Chairman Mike Tanguy MBE.

'The visit by The Prince of Wales and The Duchess of Cornwall in 2012 was a tremendous success, culminating in the official opening of Les Bourgs Hospice by His Royal Highness. It was purely wishful thinking when I asked whether this might possibly extend to a patronage, so I was both amazed and delighted when a letter of acceptance arrived from Clarence House this month.'

Guernsey's Lieutenant-Governor Air Marshall Peter Walker said that he warmly welcomed the news of the patronage.

'To have the Prince of Wales as patron is a powerful endorsement of the Bailiwick's approach to hospice care and recognition of all the support and hard work that islanders have freely given,'